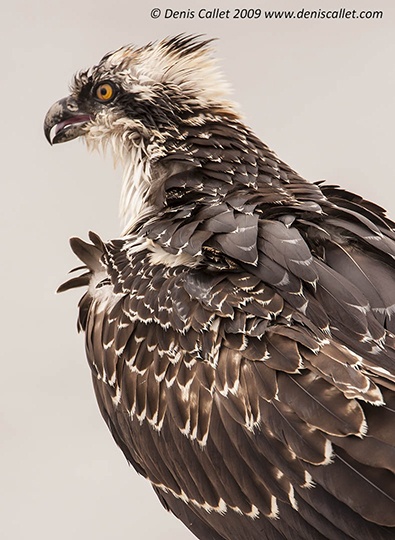 Before Denis Callet started capturing images of the mountain lions and other wildlife on AFC properties he focused mainly on long lens photography. He captured incredible images of birds of prey such as owls and hawks, along with this stunning osprey.

Denis had a few trail cams in the San Rafael’s capturing coyote and bobcat, but noticed someone was capturing amazing footage of lions in the Verdugo Mountains.  So he built his own trap, first with small point and shoot cameras and later with high resolution DSLRs.  Soon he captured the first picture of the lion we now know as P41 and the first color picture of a female in the Verdugos.

The someone he met photographing in the Verdugos was Johanna Turner, another tracker/photographer who helps monitor movement on AFC properties.  Thanks to Denis and Johanna, AFC has photographic evidence of the wild inhabitants who have a safe place to live thanks to our conservation efforts.

Denis is a perfectionist and is constantly trying new cameras, flashes and locations.  If you ask him, he’ll say “The reason I continue to build and set camera traps is the quest to get the perfect shot and to see the evolution of the species in the Verdugos.”  Denis loves trapping in the Verdugo Mountains, but thinks there is much more to learn about what he refers to as “an island of forest.”

Denis is most proud of his capture of P41 (uncollared) and a female mating, “Pretty lucky” he says…pretty skillful we say!  According to Jeff Sikich of the National Park Service, it is pretty rare to capture lions mating on film.  Photos and location information from Denis and Johanna helped Jeff and his team collar P-41.  Denis still updates the NPS and is building cameras for AFC to use across the Hahamongna to Tujunga Wildlife Corridor.

Be sure to take a look at the fantastic images on Denis’ website: http://www.deniscallet.com as well as in the photo gallery on AFC’s website /photos/.

Thank you Denis, for all you do to help AFC!