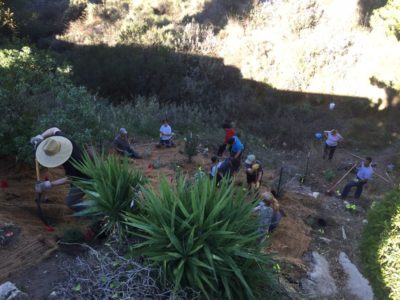 The holidays present distinctive erosion related challenges for the Arroyos and Foothills communities of Los Angeles. In 2003, the area experienced property-damaging mudslides on Christmas Day, and 2009 also saw significant rainy season slides.  “This is a beautiful area. I couldn’t imagine living anywhere else,” noted Paul Rabinov Co-chair of the Friends of the Rosemont Preserve. “It has been a few years since we’ve had a significant fire or slide. That’s usually when we should worry.” 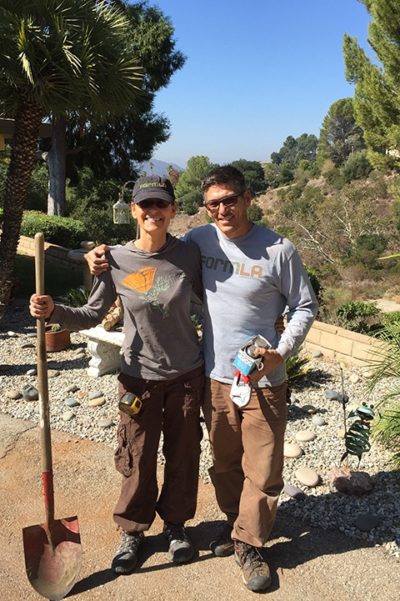 Thirty volunteers removed invasive grasses and other unwanted plants, installed coco fiber rolls to prevent erosion, and planted more than 80 specimens of several native species. Because native plants are adapted to California’s climate and soils, they resist fire and stabilize slopes more effectively than the plants they replaced.

“It’s inspirational to see neighbors working side by side to address these issues,” noted Cassy Aoyagi, president, FormLA® Landscaping, who, alongside her husband Kirk, helped guide volunteers. “The truth is our landscaping decisions can either mitigate or exacerbate fires and slides.”

The community members completed the planting in 2 days, just in time for the rainy season.  “We learned a great deal in the course of this pilot project, most notably that the concept of combining beautification with fire protection is valid and valuable,” said John Howell, chief executive officer, Arroyos and Foothills Conservancy. “It’s fulfilling to look back at a hillside and know we’ve done what we can to protect our neighbors.”