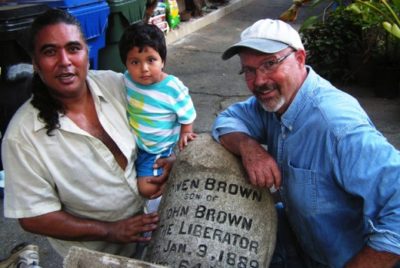 The gravestone of Civil War-era abolitionist Owen Brown, missing from Brown’s grave site in Altadena’s foothills for a decade, was found by hiker Ian White on Thursday, Aug. 23.

White discovered the stone just a few hundred feet from its original location, according to the Pasadena Star News. Brown’s grave site, located in the foothills above Millard Canyon, is an Altadena landmark. 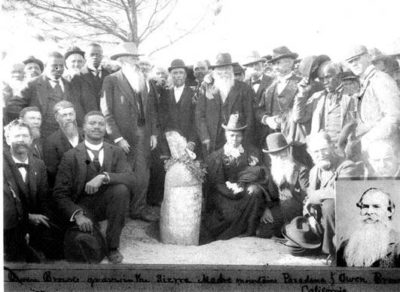 Brown participated with his father John Brown in the 1859 raid on Harpers Ferry, an attempt to start an armed revolt by slaves.

“It was absolutely amazing,” local trails expert Paul Ayers told the Star News. “I had for a number of years been preparing to fabricate a new stone. I had no expectation we would see it again.”