We have some very good news — we just signed an agreement to buy 11 critical acres of wilderness in Pasadena’s Cottonwood Canyon.  Now we are starting to raise the money to save it.  Cottonwood Canyon runs straight west from the northernmost holes of Brookside Golf Course.

As the Star News’ Larry Wilson said in his recent article, “This is the wildlife corridor that lets bears like the one that caused such a ruckus last Thursday get back to the mountains safely. This is where I’ve seen two bobcats, one up close. This is home to a year-round spring that flows into the Arroyo.” 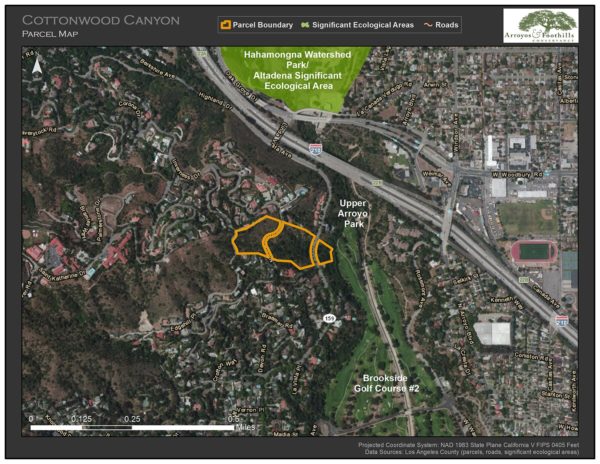 There’s much more to be told. Wildlife depends on Cottonwood Canyon to travel between the San Rafael Hills, the Arroyo Seco, Hahamongna Wilderness Park and South Pasadena. This property holds a treasure trove of history. To learn more, CLICK HERE.

HELP NOW to Save Cottonwood Canyon and its extended wildlife corridors.

Thanks for your support.