Cottonwood Canyon has a rich history. We have highlighted some of it, provided by local historian Liz Pomeroy and co-owner Westray Battle, below. We are certain much more remains to be teased out and told. A brief visit to the property reveals artifacts, perhaps going back to the waterworks from the late nineteenth and early twentieth centuries. Archeological work could help reveal Cottonwood’s secrets. 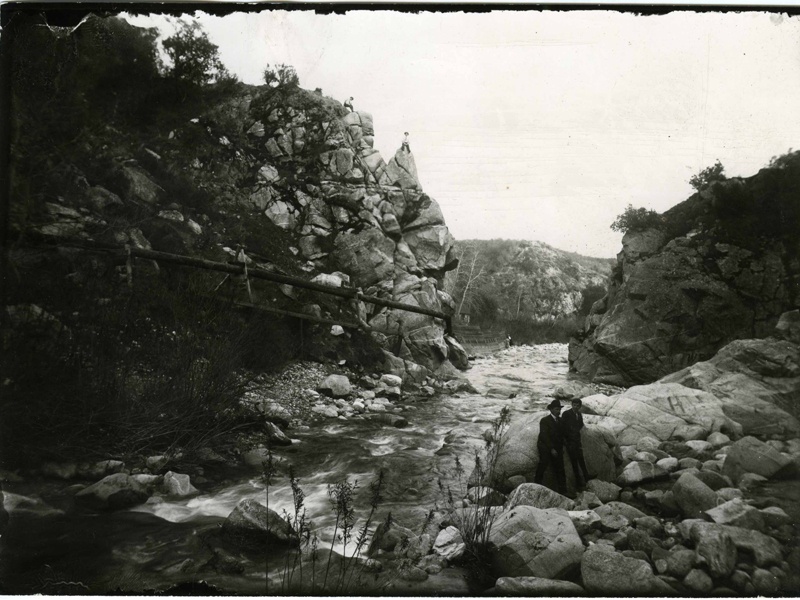 “…..Cottonwood Canyon, a fern-draped gorge on the west bank of the Arroyo, from whose springs water still gushes…..”

[Description in the 1890s, which remains true in the 21st century]

Cottonwood Canyon in the 21st century remains one of the last undisturbed stretches of water-bearing land so prized from Pasadena’s earliest days in the 19th century. Its 11 acres still hold a year-round spring important in the agricultural heyday of the Linda Vista area, on the western bank of the Arroyo Seco.

The land and the spring of Cottonwood Canyon were precious to early Native Americans who had lived near there for centuries. 19th-century settlers in Pasadena called the area, now know known as Linda Vista, “Indian Flats”. The major village of Hahamongna stretched from where the Jet Propulsion Laboratory (JPL) is today, down to the area of the Suicide Bridge and heading west. This area is rich with Native American history.

The Annandale golf course is the site of a seasonal village, as is the vernal spring/lake that still exists at the intersection of Burleigh and Laguna in Eagle Rock proper. There were many springs along the way, including one at the base of the Eagle Rock, several near the area of Brookside Golf Course, and one that is still a sacred site and that is the wellhead of the Sparklett’s bottling plant. Eagle Rock was once called ‘Ashwangna,’ or ‘Place of the Great Bird’ — in fact, there are several elders who believe that Eagle Rock was carved as an ancient sphinx.

The area of Cottonwood Canyon is not only steeped in Native American activity, but also is referenced in missionary history — as the place where the missionary fathers crossed the arroyo on their way to the Crescenta Valley and the San Fernando Valley and mission. The crossing would have been north of the Rose Bowl and south of the Devil’s Gate dam. 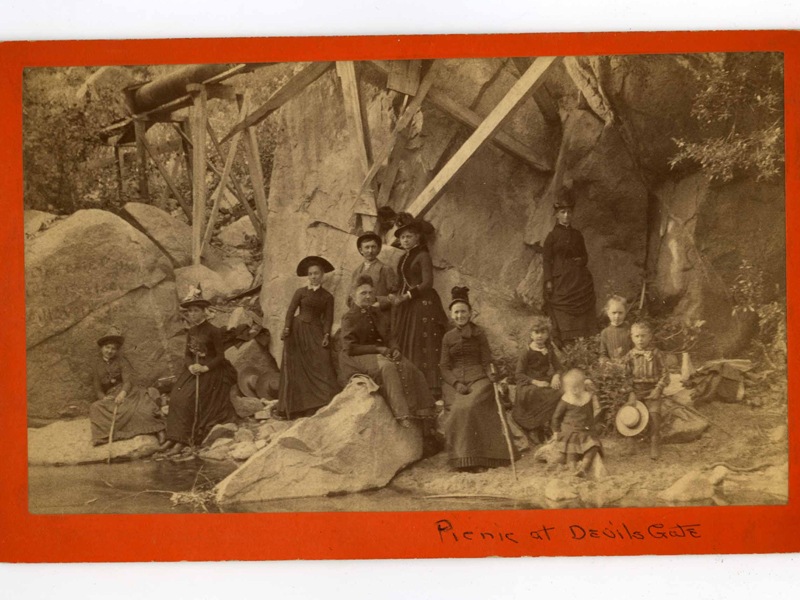 This wooded cleft in the San Rafael Hills known as Cottonwood Canyon was once owned by Midwestern Quakers John D. and Hannah Yocum, who were joined in California by their son Nathan Yocum. Through their vision and energy, the area now known as Linda Vista became a prosperous settlement of fruit- growers and small ranches by the mid-1880s (when the City of Pasadena was incorporated).

In 1887 Nathan Yocum made two tunnels in one of their canyons sloping east to the Arroyo and struck such a good source of water that the Cottonwood Canyon Water Company was incorporated there in 1892. It dispersed the water to a large segment of northwestern Pasadena. There was a bottling operation at the property, remnants of which still are apparent. In 1894 the company ran a new tunnel and reported an impressive flow of four miner’s inches (amount of water-flow the source was capable of supplying). Cottonwood Canyon and Salvia Canyon were the principal water sources for the area.

Among the incorporators of the Cottonwood Canyon Water Company were other civic and business leaders, including the energetic William R. Staats (1867-1928). In the 1890s, he and a partner had seen that about 400 acres of undeveloped land on the east side of the Arroyo were not served by any of the mutual water companies. They started this enterprise to supply water from Cottonwood Canyon.

Staats was involved in the financial interests of a number of prominent companies and institutions, including Throop Polytechnic Institute (now Caltech), the Mount Wilson Observatory, Union Oil, and Southern California Edison. He partnered with Henry Huntington on creating the Oak Knoll subdivision in Pasadena. In his lifetime he was a director of more than ten companies in a range of industries, including investment banking, water, energy, land, oil, title insurance and toll roads – a major figure in Southern California development.

Perhaps less well known than Robert A. Millikan (described below), William R. Staats was one of the most prominent business and finance figures in Pasadena’s early years. Please see the attached Appendix A to learn more about him. 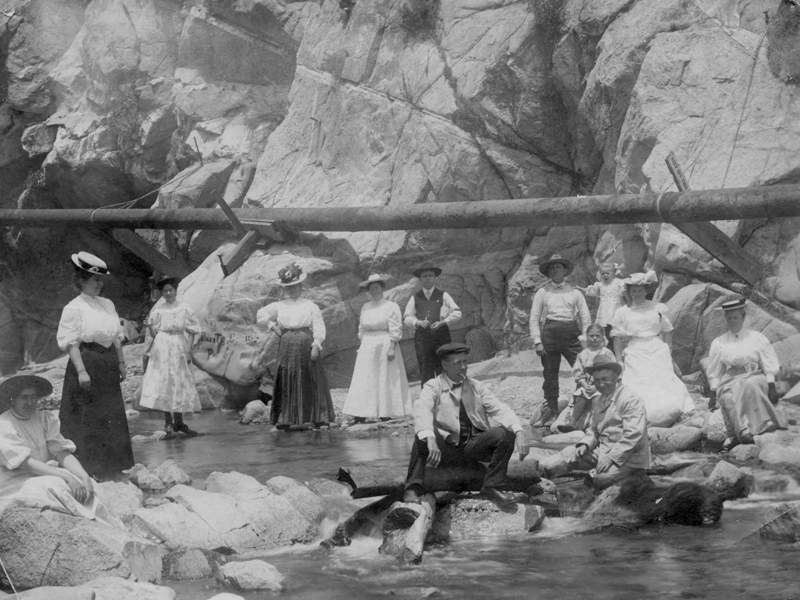 The fortunes of William R. Staats were soon to be linked with another figure, the internationally known experimental physicist Robert A. Millikan (1868-1953). In 1921, The Caltech Board of Trustees unanimously voted to offer the presidency of Caltech to Millikan, who instead chose to be Chairman of the Executive Council, where he served for 24 years (1921-1945). He brought some of the world’s leading scientists (e.g., Charles Darwin, Albert Einstein) to Caltech, developing the small Pasadena school into a world-renowned science and engineering research and education institution. In 1923, Millikan was the first at Caltech to receive the Nobel Prize in Physics.

The William R. Staats and Robert A. Millikan Families Together

In 1928 Millikan’s son Clark Blanchard Millikan (1903-1966) married Helen Staats Battle (1899-1973), the daughter of William R. Staats, and in 1931 the two lived in a Spanish Hacienda-designed home by renowned architect Wallace Neff at 1500 Normandy Drive adjacent to Cottonwood Canyon. Clark Millikan was a noted scientist in rockets and guided missiles, a Professor of Aeronautics at Caltech and a founder of the Jet Propulsion Laboratory (JPL) in Pasadena during World War II, whose work led to development of the modern guided missile and space industry. Today, Caltech manages JPL for NASA.

Rarely has an undeveloped Southern California property had such a distinctive and inspiring family ownership transcending the 19th-20th-21st centuries. The beautiful, unique Cottonwood Canyon, with its important early associations, survives today as an unusual vestige of Pasadena’s pioneer history. 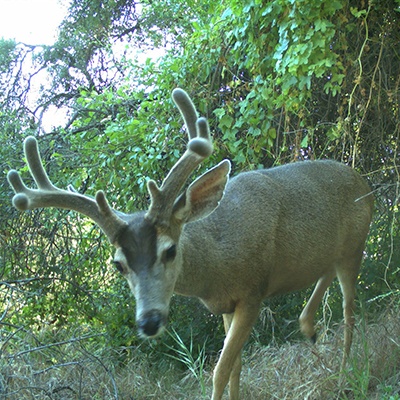