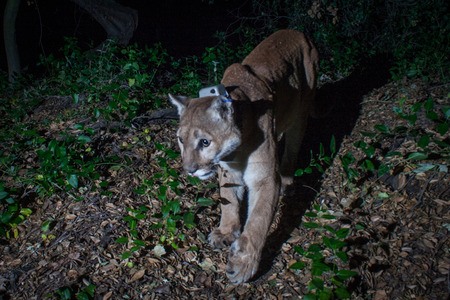 After the La Tuna fire we said a sad farewell to P-41, the male mountain lion who lived isolated in the Verdugo Mountains.  We feared the fire led to his demise, but the necropsy showed both first- and second-generation anticoagulants in his liver.  The cause of death could not be determined but he was very thin, suggesting poison could have played a role in his death.  Read the Los Angeles Times article here.